Progress in the definition of the SDN-microSENSE architecture

As the project name suggests, the presented architecture is largely based on the SDN technology. In this regard, the document also explains how the different components of the SDN-microSENSE architecture are mapped into to the overall SDN architecture as it is defined from the Open Networking Foundation, describing the working of the different architectural components associated to the four SDN layers: Application, Controller, Data and Management. The overall objective is, of course, to provide enhanced security and resilience to the EPES, focusing on two action areas: the power-grid itself (i.e., the electrical infrastructure) and the data networks associated to this electrical infrastructure. In particular, the architecture makes it possible to deal with security threats (e.g. cyber-attacks) or other unforeseen events that may affect the power supply (e.g. natural phenomena or human error).

SDNmicroSENSE @SDNmicroSENSE
3 weeks ago
After two days of discussions and presentations about the status of the project, the 4th General meeting of the @SDNmicroSENSE project has ended. Hope that the next one will not be virtual and we can meet again. #CyberSecurity #H2020 https://t.co/pjaH1yNSYO
View on Twitter 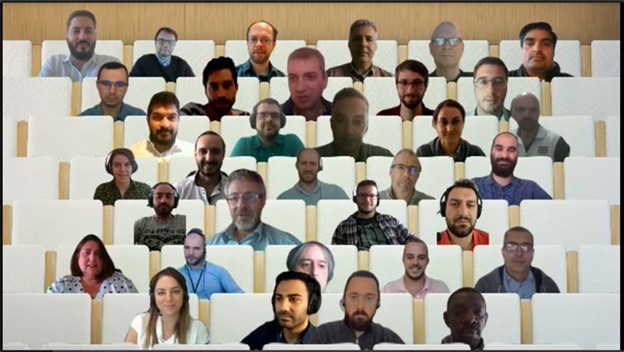 SDNmicroSENSE @SDNmicroSENSE
2 months ago
The 1st workshop on EPES in #ares2020 conference just ended. We would like to thank you all: authors, presenters and audience for your participation. Hope to meet in person next year!! @SDNmicroSENSE @FORESIGHT_H2020 @CyberTrustEU
View on Twitter
4
9

SDNmicroSENSE @SDNmicroSENSE
5 months ago
You can submit your papers to the First International Workshop on Electrical Power and Energy Systems Safety, Security and Resilience until 08/06.
#CyberSecurity #smartgrid #ResearchImpactEU #H2020

SDNmicroSENSE @SDNmicroSENSE
6 months ago
SDN in collaboration with @FORESIGHT_H2020 @CyberTrustEU and SPEAR projects are organizing a Workshop on Electrical Power and Energy Systems Safety, Security and Resilience (EPESec 2020) at @ARES_Conference